Sweet Bear is an eight year old lab/mastiff mix. He is the gentlest of giants and loves everybody and everything! He is great with kids, cats, and other dogs in the home. He has a calm demeanor and likes to go with the flow. He loves to be with his people and will follow them wherever they go. During his time with his foster family, he has shown such a silly and playful side. If you gave him balls, treats, and a yard to roll around in, he'd be in heaven. Bear has quickly learned new routines and schedules with his foster family. He seems to like his crate and chooses to go into it to lie down at times, but if left alone in it while you are out, he will try to escape and he is quite the escape artist! Securing the crate with carabiner clips has made a world of difference. As another option, Bear is also used to being "roomed", where he is put into a room while his family is out. Bear would make a loving, calm, and silly addition to any family!

BValade was his foster parent.

Scan here to view Bear's page on our website: 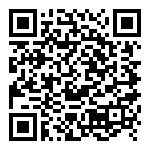