Alice, true to her husky side, has been in her winter wonderland heaven with this colder weather and the recent snow. She would love to be outside and rolling in it constantly! True to her labrador genes, she really and truly is any human's best friend. She loves ALL people and is a happy, snuggly couch potato of a pup. She's not 100% a couch potato though, because that husky side loves to get outdoors and be active! When outside she is very adept in helping her pack patrol the backyard for any furry intruders, rolling and playing in the snow, or chasing any kind of ball (her favorite toy).

Being such a fan of the great outdoors Alice will literally spin circles waiting for her leash and for you to get yourself ready to take her on any walk or adventure. She is a fantastic car rider and is excited to go along with you. She does really well in her crate and likes laying both on the couch and hiding under the bed when she isn't sitting next to you begging for pets (which is the majority of the time).

Alice is the ideal pet for a family environment. She would thrive with those who want a devoted animal who loves moderate activity. And while Alice does like other animals, she can be a bit picky about her animal siblings and needs proper introductions and to be the boss of the house. Alice is ready for her furever home. Could it be you?

Emily was her foster parent.

Scan here to view Alice's page on our website: 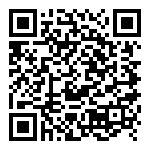