I'm going to cut straight to the chase here: Sam thinks he is more human than he is cat. This 17 lb Tuxedo boy is one of the sweetest, most cuddly cats I have ever met. Sammy loves hiding under blankets, but especially if he is curled up in a lap or huddled up against a leg under there. He is a VERY talkative boy, responding to any acknowledgement and sometimes it sounds like he is actually trying to say words (he's almost perfected his "hello?", seriously).
Sam is very playful and loves strings and toys he can bat at but, once its time to be calm, he can just as easily find himself a space to lay on and will sit quietly with/by you. He likes to rub his head all over faces and pats cheeks with his paw when he wants attention followed by a very quiet and polite "mreow", but can be easily redirected and understands boundaries.
He has all of his claws, but isn't destructive and hasn't used them on other cats in my home. Sammy is a very sweet, well trained, boy who does well with all sorts of people. He is friendly and affectionate, and plays well with other kitties (and guinea pigs!) This big muscular boy needs attention however, and would do best with a single owner or family who can dedicate at least some couch time with him daily.

KAR Office was his foster parent.

Scan here to view Sam's page on our website: 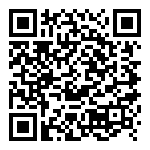