Alice Puff and Spencer Cheese have brought such joy to our lives. What funny, playful, smart, purring, curious, cuddly, sweet and soft additions to our home! Alice and Spence greet us at the door when we come home. They cuddle with us at night and make us laugh constantly with their crazy antics and total lack of fear. Alice, the Floofy Princess (with a tiny sweet meow when she wants something) is hilariously (dare I say demandingly) affectionate and wakes my daughter up every morning for school, marching back and forth over her purring loudly. Spencer, an elite athlete, perches on the highest point in every room, helps himself to every beverage, and is pretty sure he’d like to take a shower. The kitties’ very presence lowers the collective family blood pressure. I am pretty sure that when my son is away for college he misses the “kits” as much as he misses the humans. Every single day, Alice and Spencer remind us that life is good. We are so happy they joined our family!

A year ago in December I went to Animal Services and asked for them to give me a dog to foster who would probably never get adopted from there. They brought out Minnie, whose name I changed to Mimi.

Well.....Mimi had hook worms, was blind, and they said about ten yrs old. She was sad and depressed. After I took her home I enlisted the aid of a volunteer to walk her in my large back yard. Mimi enjoyed that and she got to know the yard...so I began taking her out myself because my helper only came once a week.

I can't walk well now but I sat and watched her and called out to her if she got too close to a tree or any obstruction. She would stop immediately and come back to me.

I decided to try to help her eyes and with help from a friend we drove to Williamston MI where a reknown animal ophthalmologist practices. He said she would be a good candidate for cataract surgery But it would cost about $3500. I then went on Facebook and raised close to $3000, the rescue would cover the rest. Also the vet said she was younger than 10, maybe six or seven.

We set the surgery for the end of August. The vet said he could not attach a lens in the right eye but Mimi could see with somewhat blurred vision. I guess he was able to get that much out of it. The left eye has a new lens and she now has perfect vision in that eye . So, with a rescue discount and credit for no lens in the one eye. Price came down to a bit over $2500

The next step was administration of five eye drops, four times a day, waiting five minutes between drops. My wonderful friend who has a boarding kennel and grooming facility graciously took this on and Mimi stayed with her during this process which took almost two months.

Then Mimi was put up for adoption. A friend and fellow longtime KAR volunteer introduced me to Donna, who used to work at the Humane Society and is very much an animal lover. The idea was that maybe Donna could help find a home for Mimi. She walked Mimi often, and took her to her home to see how she did with cats. That was very successful .

Mimi received several applications, but the handwriting was on the wall, Donna and her husband adopted Mimi and it's a perfect home for her. A fairy tale ending. She left Animal Services a dejected sad little girl who now is beautiful and so happy. She wakes up in the morning and runs a circle around the house, then waits at the door to get her leash attached then off they go for the first of many walks a day.

Mimi is totally housebroken, crate trained and loves to ride in the car.

When she arrived at Animal Services her weight was 14 pounds and now she is a furry, healthy and happy 22 pounds.

She is a smart girl.

She even stays in her crate in the morning without a sound until her feline siblings have their breakfast, then she has her 1st walk of the day and returns for breakfast.

She is truly a Diamond in the Ruff who now shines brilliantly.

I don’t know who is luckier Mimi or me. 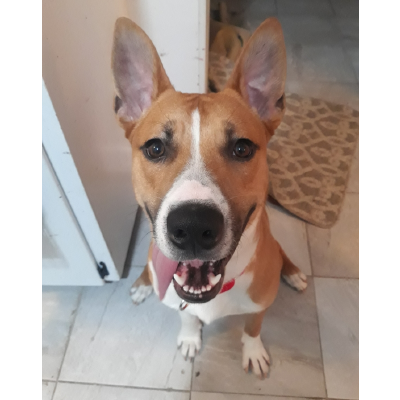 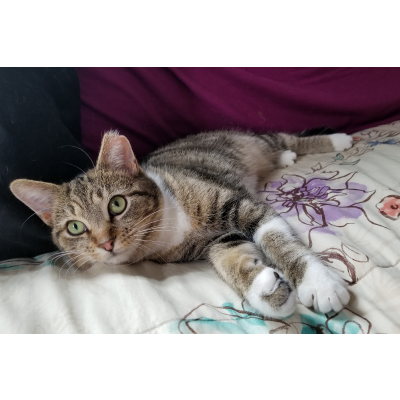 KAR is pleased to announce its participation in the Bissell Partners for Pets Program!Click here to learn more about the program and future events.