Buster came to his foster family from a bit of a rough situation. He was timid when he first arrived but quickly came out of his shell. He is still a little shy meeting strangers but gaining confidence with this every day.

Buster adores his humans, both adults and children (he would do best in a family with children ages 10+ because of his size and constant "happy tail"). He is a happy dog and is always wagging his tail, to the point where he will injure it if confined to a crate too long while excited. He loves to be wherever his foster family is.

Buster currently lives with two adult cats, six kittens, and four other large dogs. He does well with all of them, even ignoring a dominant male and VERY vocal female. At first he coexisted and was just pleasant with them. It took less than 4 days for him to play with all.

Buster loves to play with toys. He has formed a routine of going to the toy basket, taking out a toy and and chewing it, going back to the basket for another one to chew, and then another one...until, toys are eventually scattered all over the room! He is happy to chase balls if you throw them or he’ll be just as content to play with the toys by himself. He does not appear to be toy or food aggressive.

Buster is house trained and knows some basic commands. He is getting more familiar with his crate and will go into it when told to "go to bed." He is currently fed in his crate to create good associations with being in the crate. He is currently left out with other animals in the house during a full work day and has not been destructive or had an accident.

If you are looking for a dog who will love you to pieces and love spending time with you, Buster may be your dog! To meet Buster, put in an application!

Hailey K was his foster parent.

Scan here to view Buster's page on our website: 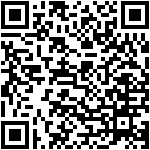