Super sweet and rambunctious Bastian (Bash) is ready for his new home! He currently lives with two other dogs and four cats. He is very playful and loves to entertain himself by enticing his furry-foster brothers and sisters into playing. When they are done, playing, they get up on the furniture and unfortunately poor little Bash's tiny legs can't jump high enough! That's okay, because he is soon on his next adventure. Usually that is finding his favorite toy of the day and playing. He loves anything that roles, moves, squeaks, or is good to chew on. He even knows how to fetch! His new home will have to ensure he is not left unsupervised at this time as he can get into mischief if left unattended for long! When he gets tired, or when he first wakes up after a nap, Bash loves to snuggle on a warm lap covered with a fuzzy blanket. But that only lasts so long for a puppy that is on the go!

Bash is not potty trained although we are working on it. His new home will have to help him learn and be patient. He has a sensitive belly and does well with his puppy food and bully sticks but treats at this time are not advised. Bash sleeps through the night in his igloo (will go with him) and is used to being crated at times even with his family up and moving around.

Bash's ideal home would be one that knows and understands Jack Russell Terriers. He is highly intelligent and learns quickly but he needs an alpha in the home given his stubbornness to get his own way (typical of the breed). We would love to see Bash go to a home with either kids (5+), cats, dogs or any combination thereof. He is a very happy-go-lucky little guy that will be sure to steal your heart! Please put in an application today to meet this little fella!

KateF was his foster parent.

Scan here to view Bastian's page on our website: 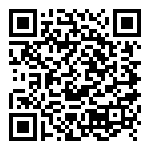