Guinness, a twelve year old terrier mix, is a senior who is looking for the perfect home to live out the rest of his years. His perfect home would have someone home for most of the day as he likes to spend his days sleeping and being by his people. Guinness is house trained and crate trained. While he used his crate when he first came to his foster family, he rarely uses it now. Some things to know about Guinness are: 1) He has suspected arthritis and takes daily medication which has worked wonders! He would do best in an environment where he wouldn’t have to navigate many stairs/different levels of a house. 2) He had quite a few teeth removed when he underwent a dental procedure a few months ago. He currently eats a diet of mixed hard/soft food. (He’d also do fine with adding water or broth to hard food to soften it). 3) Guinness does not do well with other dogs and would do best in a home with no other dogs. Guinness doesn’t quite know how to respect other dogs’ space and he has shown a tendency to want to keep his favorite people to himself when other dogs are around. He has been exposed to cats and he seemed to do fine with them. Guinness has so many sweet qualities, he’ll make a great addition to the right home. He makes his foster family laugh quite often! He loves going for short walks around the block. He gets excited when he sees his leash come out of his bin! Guinness loves when meeting new people, he hasn’t met a person he hasn’t liked. He does well with children and adults alike. Guinness loves getting his pets from his people and enjoys playing with them. He’s curious and likes to chase anything that moves, like the vacuum, broom, etc.

BValade was his foster parent.

Scan here to view Guinness's page on our website: 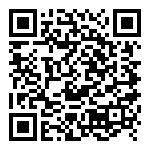